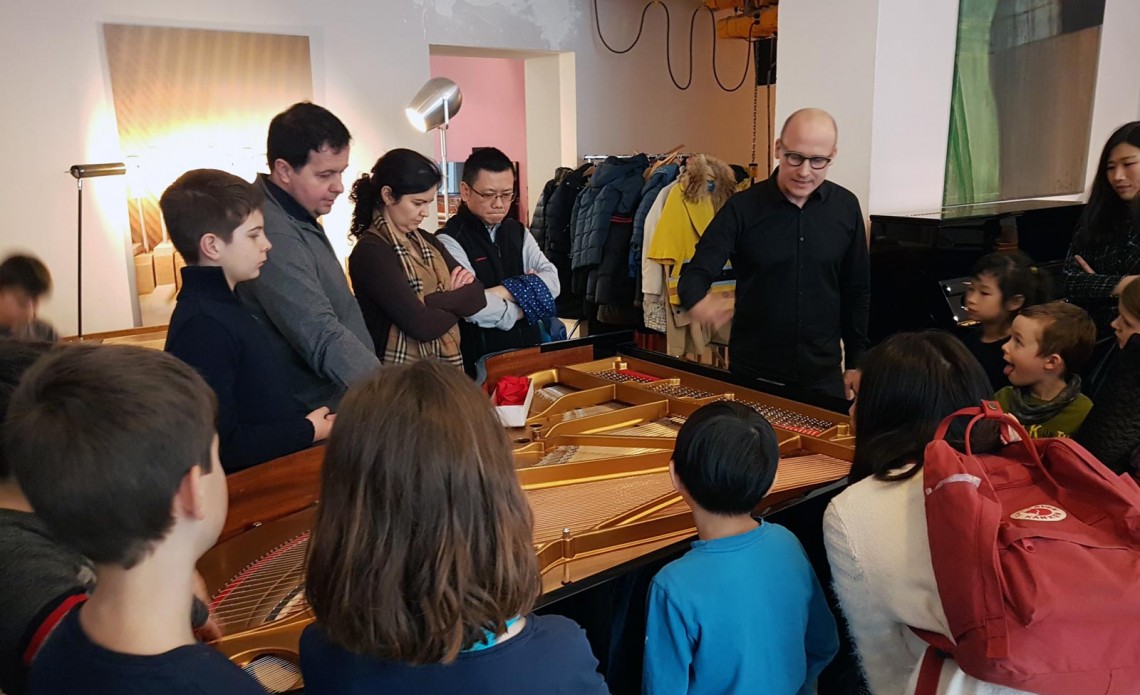 Dear friends of the piano,

This time I would like to tell you about a very special trip we did with our students, together with their parents – or their children – on Sunday, the 19th of February 2017! Together, we met the piano master builder Christian Schoke in his workshop in Cologne, who had invited us to discover the secrets and the many facets of piano building.

Christian Schoke is already celebrating his 20th anniversary with his workshop very soon and he is a well-established and highly respected master of his field. His activities include the sale and rental of modern, high-quality instruments from manufactories like Sauter, Steingräber & Söhne and Bösendorfer among others, which have the highest reputation all over the world. He also restores and repairs instruments, e.g. a hundred-year-old Blüthner grand piano, which, like all the other instruments, was available to the visitors to try out. 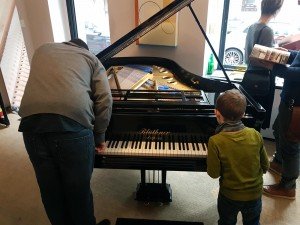 Christian Schoke is also very active outside of his workshop by maintaining the instruments in large concert halls, like the WDR among others. He accompanies the CD recordings of highly reknown musicians and ensures that a perfect instrument is always available for them at all time. And, of course, he also takes care of the instruments at your home in terms of tuning and minor repairs, right up to large-scale repairs of your instrument at his workshop.

Mr Schoke explained comprehensibly and with a lot of charm the meaning of all this by using instruments which he had specially prepared for this tour as examples. Thus, large and small audiences were able to learn directly from the instruments, like: what makes the soundboard of the piano so special, what does it mean to intonate an instrument and of how many parts alone does the keyboard of a piano consist – over 7000 pieces! It is therefore not surprising why a repair can take up several months of work.

The tour finally reached its climax, when Franziska Staubach, who also works as a teacher in the Musicstudio, gave a final concert on a Bösendorfer grand piano, which raised the attention of even the smallest guests who listened intently to her virtuose play. 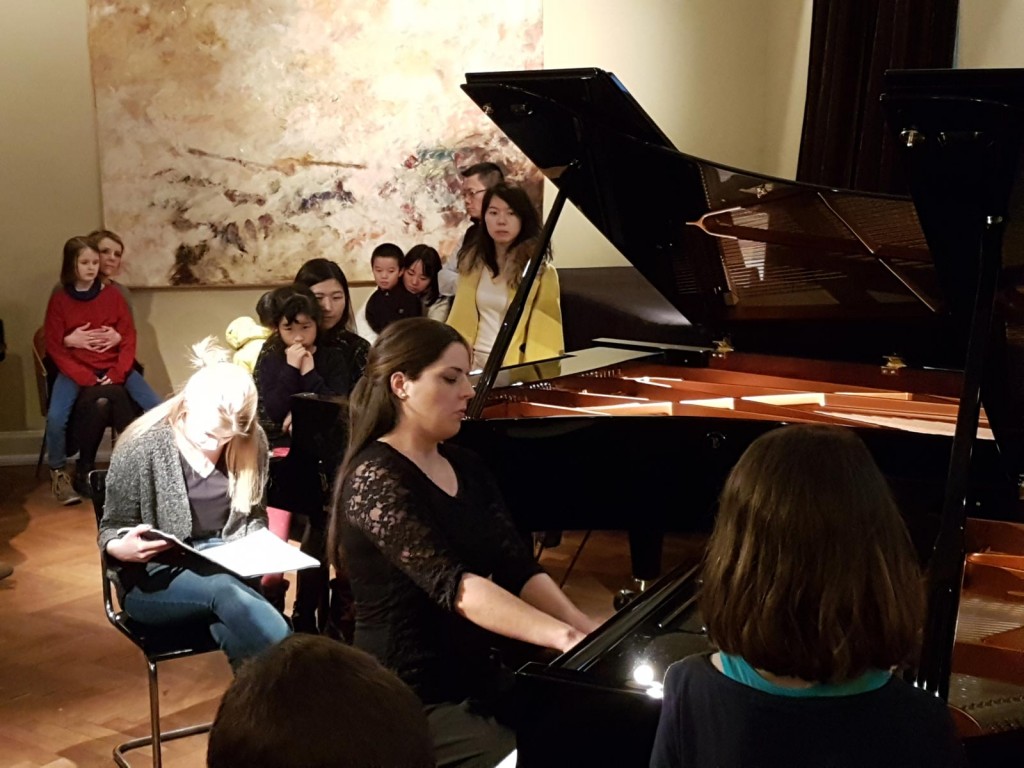 Should you be interested in purchasing or borrowing an instrument, or because you think your instrument might need some care and attention, you are at the right place in Mr. Schoke’s workshop. Please write me an email (info(at)paque-klavier.de) or call me at 0228 41076755 to arrange an appointment with me. I would be pleased to assist you with the selection of an instrument! 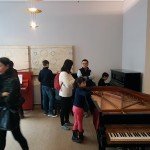 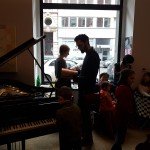 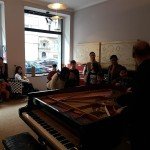 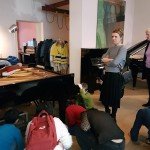 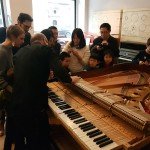 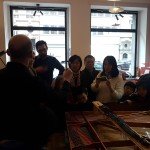 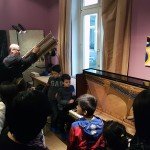 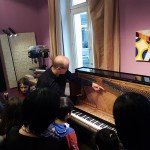 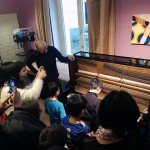 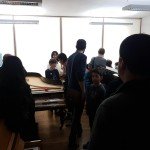 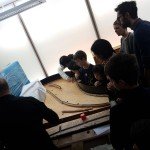 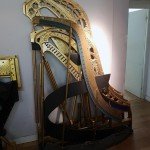 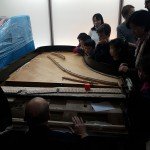 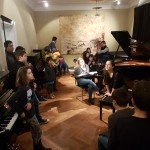 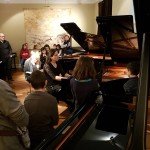 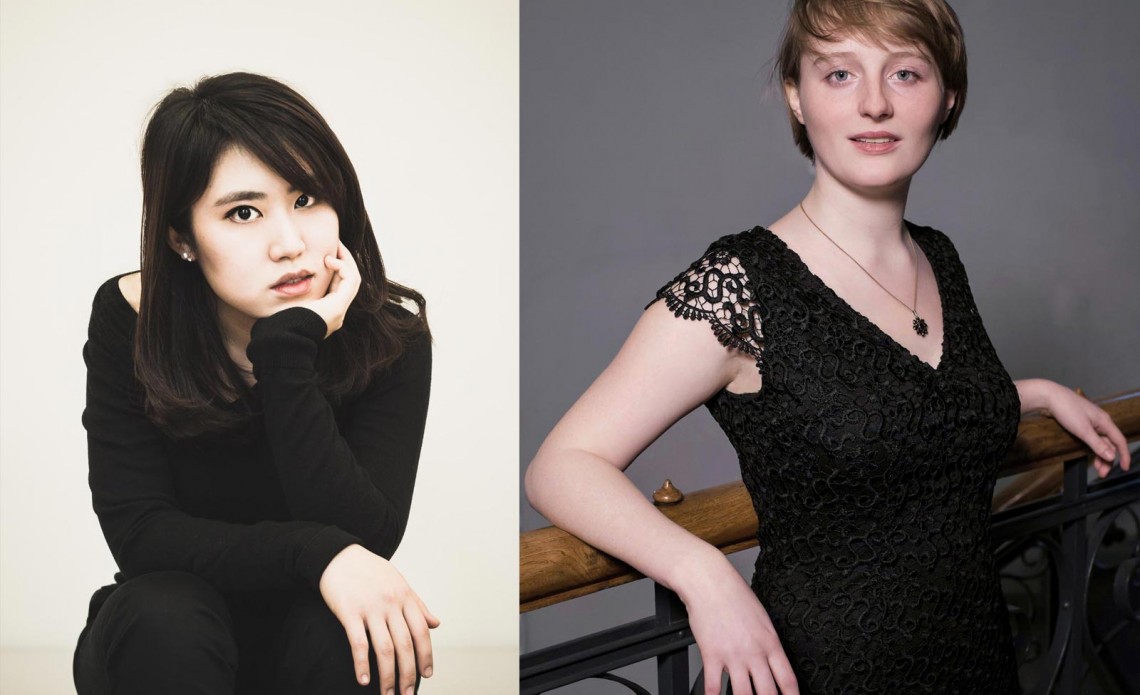 On Saturday, the 18th of February 2017, the concert by Marie Sophie Richter and Wei Lee took place under the title “The Moods of the Sea”. Just like the current exhibition by Brigitte Wiegmann is capable of capturing the audience in visual sound worlds with her music paintings, the two musicians succeeded in musically sweeping away the imagination of the listeners into the endless expanses of the sea. They told stories of young lovers, separated by the endless ocean, of mystic mermaids and of the forces of nature, which man is still unable to master. 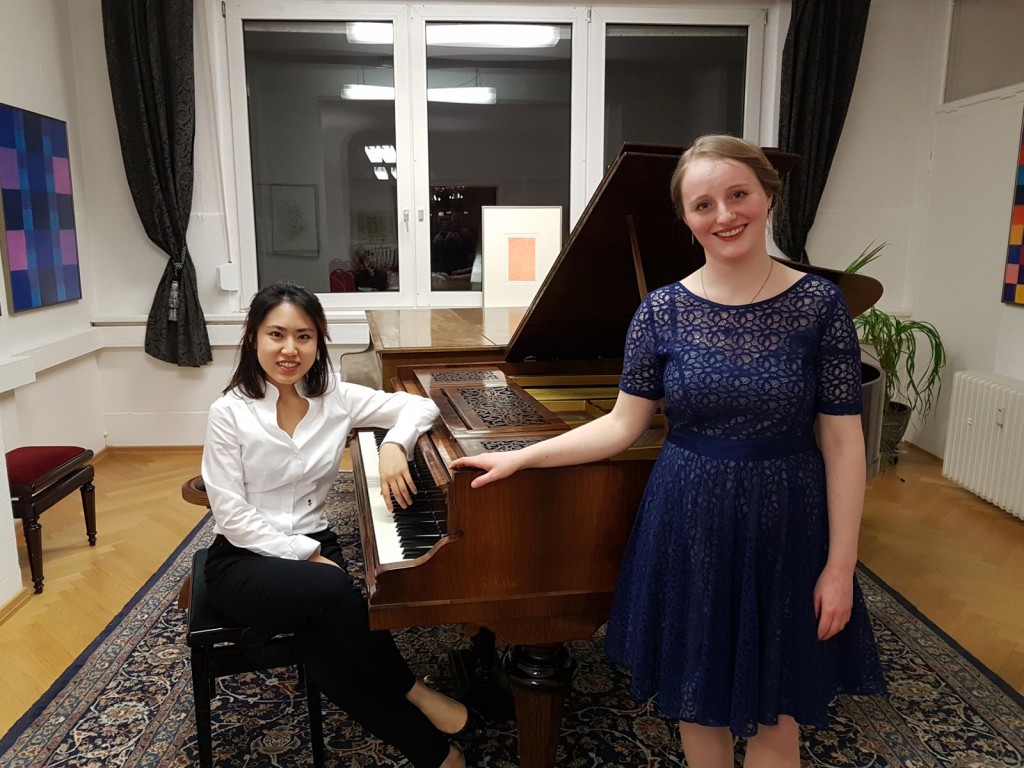 Marie Sophie Richter convinced with her voluminous voice all along the line, but she never lost focus on the narrative of the song and presented the texts clearly and intelligibly at the highest artistic level. On the piano, Wei Lee matched the singing perfectly to create the right background, but sometimes she also stormed herself over the audience like the sea with her soundscapes. A perfect matched duo!

The French, English, and even the Russian verses of several pieces did not leave the listeners in the dark. On the one hand, this was due to the emotional interpretation of the musicians and on the other hand it was the moderation of Marie Sophie Richter. Sovereign and self-confident, she was able to convey interesting information about the pieces and their composers, but without losing herself in it, so that the main focus always lay clearly on the music.

A really great evening! I would also like to thank the listeners, who have appeared so numerously and who listened intently to the two musicians. Your long applause, just before the break, already speaks volumes about the quality of the concert, let alone the applause after the concert! 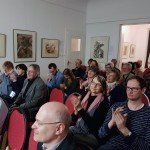 We are very pleased to have Wei Lee (piano) and Marie Sophie Richter (vocals) in the musicstudio.

“On this evening everything revolves around the sea and its different faces, with songs of more than 15 different composers, the whims and colors of the sea. Its inhabitants sing and are being sung. And also the relationship of us people to the great water will be felt in song. “

So join in with this special performance and let yourself also be carried away by Brigitte Wiegmann’s current exhibition “Music Images”.

Entry: It will be asked for a donation for the artists.

Wei Lee was born in 1992 in Taiwan. She received her first piano lessons at the age of 5. At the age of 12, she attended the Special School for Music in Taipei for 6 years. In 2005, Wei Lee won the first prize at the National Music Contest in Taiwan, in 2008 she received the 2nd prize at the International Piano Competition in Taiwan, and in 2009 the first prize at the Taipei Student Music Contest in the category chamber music (piano quintet). In the summer of 2011, Wei Lee attended a master’s course at the Mozarteum at the Salzburg Summer Academy. In 2012 she began her studies at the Cologne University of Music and Dance with Prof. Sheila Arnold. As part of her studies, she also has lessons with Prof. Gerald Hambitzer and harpsichord- and chamber music lessons with Prof. Anthony Spiri. Her particular preference is the use of historical keyboards. She regularly performs on them, for example on the Erard-Fortepiano from 1843. Wei Lee has discovered the piano works of Louise Farrencs (1804-1875) for herself, she even recorded them in some parts and presented them at the Ruhrfestival In 2015 she studied at the HfMT Cologne in the master song design with Prof. U. Eisenlohr, early music with Prof. G. Hambitzer and piano with Prof. S. Arnold. In October 2015 she won the fourth prize together with the soprano Marie Sophie Richter at the high school competition sponsored by the Lions Club Vittelius. In this year, Wei Lee participated in various master classes: on the subject of fortepiano by G. Hambitzer, U. Eisenlohr and C. Prégardien, with a course by Roger Vignoles and one by Bart van Oort. In September 2016 she and Marie Sophie Richter took part in the Hugo Wolf Academy International Song Art Competition. 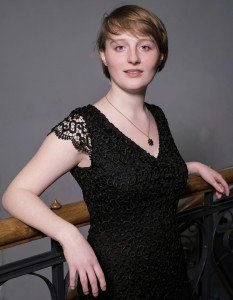 Marie Sophie Richter was born in 1989 in Flensburg. Already as a child, she was able to gain first experience in the choir and as a soloist on the stage of the Opera House Kiel and began to study singing with Prof. Yvi Jänicke at the HfMT Hamburg in 2009. After several productions at the Hochschule Hamburg and at the Theater Kiel – she was among other things in the “Rise and fall of the city of Mahagonny”, sang an apprentice in “Die Meistersinger von Nürnberg” and the “Dido” part of “Dido and Aeneas” – she completed her bachelor’s studies with Prof. Carolyn Grace James in the spring of 2014 and has been studying her master’s degree at HfMT Cologne since summer 2014 with Prof. Brigitte Lindner. In her participation in the song contest of the HfMT Cologne, she reached the 4th place together with Wei Lee in 2015 (sponsored by the Lions Club Vitellius). In August of this year, Marie Sophie Richter and Wei Lee have also been able to participate in the International Song Art Competition of the Hugo Wolf Academy. The soprano has attended masterclasses with Mark Tucker, Elizabeth Wallfisch, Margreet Honig and Ulrich Eisenlohr and regularly takes lessons from Gemma Visser. Since 2014, the soprano has been supported by the Nikolaus Reiser Foundation in Flensburg. In Hamburg, she could be heard most recently as “Piramo” in “Piramo e Tisbe” by J.A. Hasse at the Monsun Theater. She is currently working at the Theater Aachen in the children’s opera “Gold” by Leonard Evers.

The next concert will be on the 18th of March 2017 at 5 pm:
Diego Ares (harpsichord) plays works of great female composers from the Baroque era