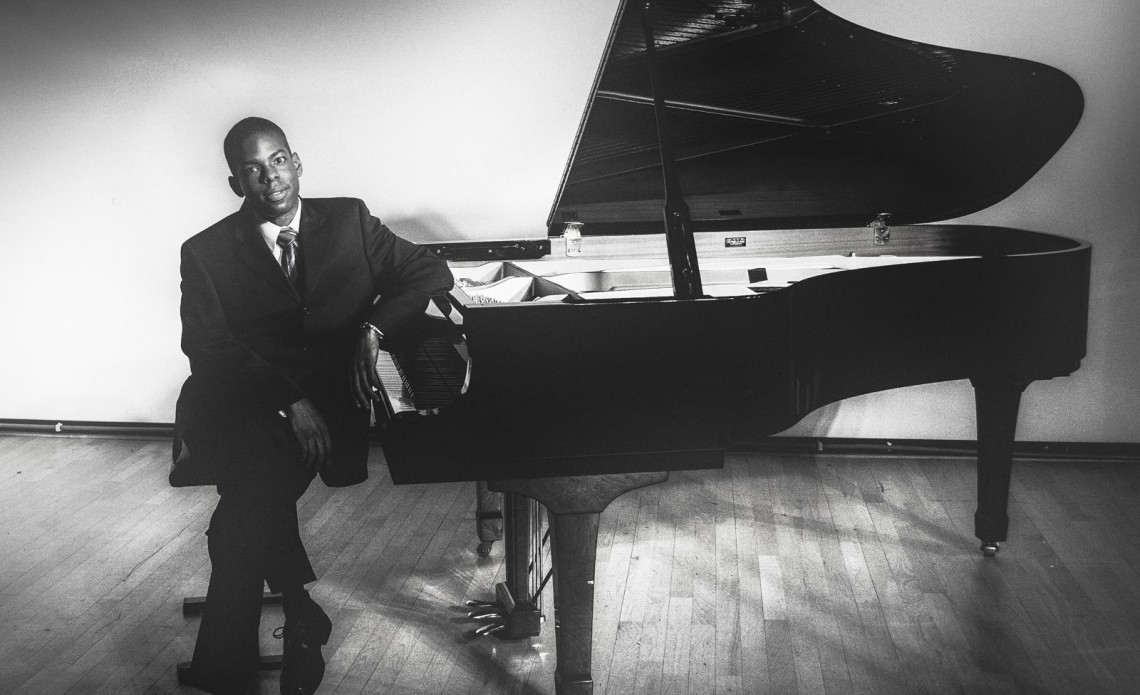 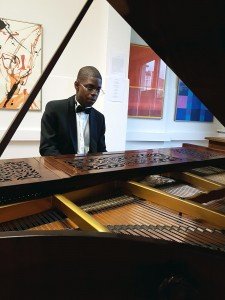 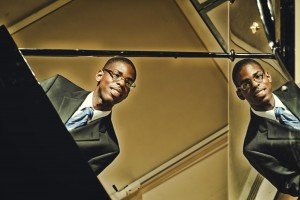 Update from 20.03.2017 – Photos from the CONCERT: Diego Ares (harpsichord) presents the Goldberg-Variations by Johann Sebastian Bach 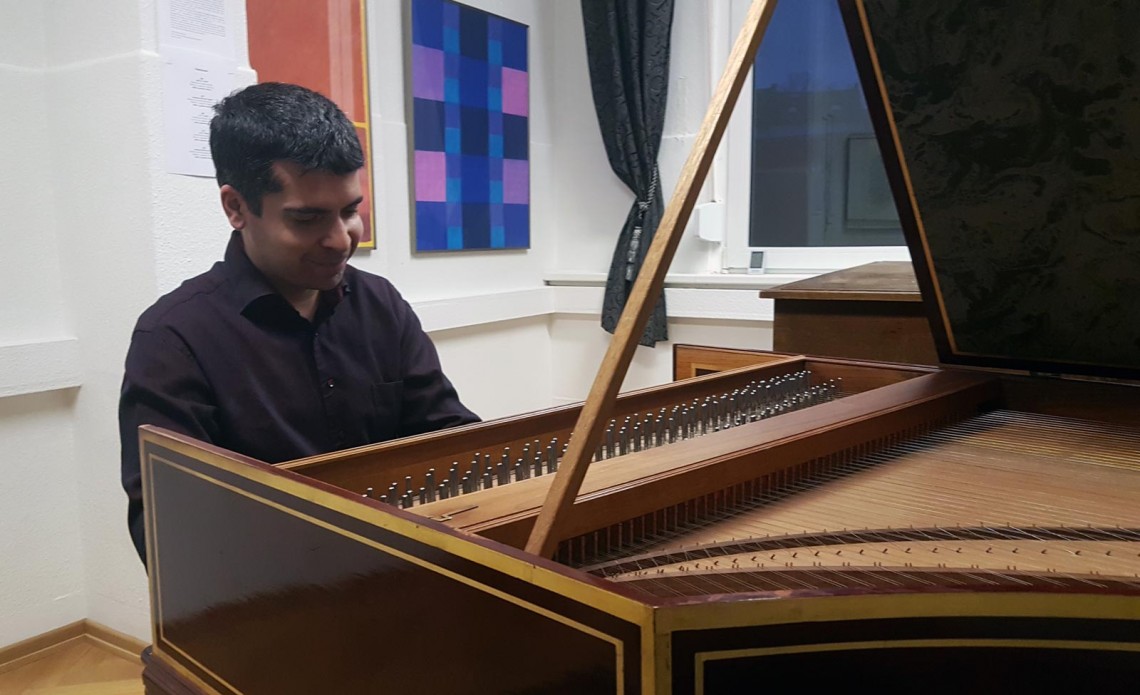 Dear lovers of music and art,

Last Saturday, Diego Ares presented Johann Sebastian Bach’s Goldberg Variations and immediately transposed the audience into the spiritual spheres of the Baroque with this successful interpretation of this masterpiece.
Diego Ares, however, first presented a prelude of Bach, which gave the audience an opportunity to adapt themselves to the upcoming opus, but also to get acquainted with the special instrument that was transported to the music studio extra for this concert. It was a 2-manual harpsichord of the now unfortunately deceased master builder Martin Skowroneck, which Diego Ares was kindly provided by noone lesser than Ketil Haugsand himself, who is also a well known master of this instrument.
And once the first notes of the Aria found their way into the listeners’ ears, the prologue to an exhilarating hearing pleasure was set. Sometimes contemplative and then again very virtuosic, Diego Ares interpreted the various variations on the harpsichord, always with a touch of his vibrant charme which makes the music so very much alive.
I would like to thank Diego Ares and Ketil Haugsand for this very beautiful evening! And of course, I would also like to thank the interested audience for coming! 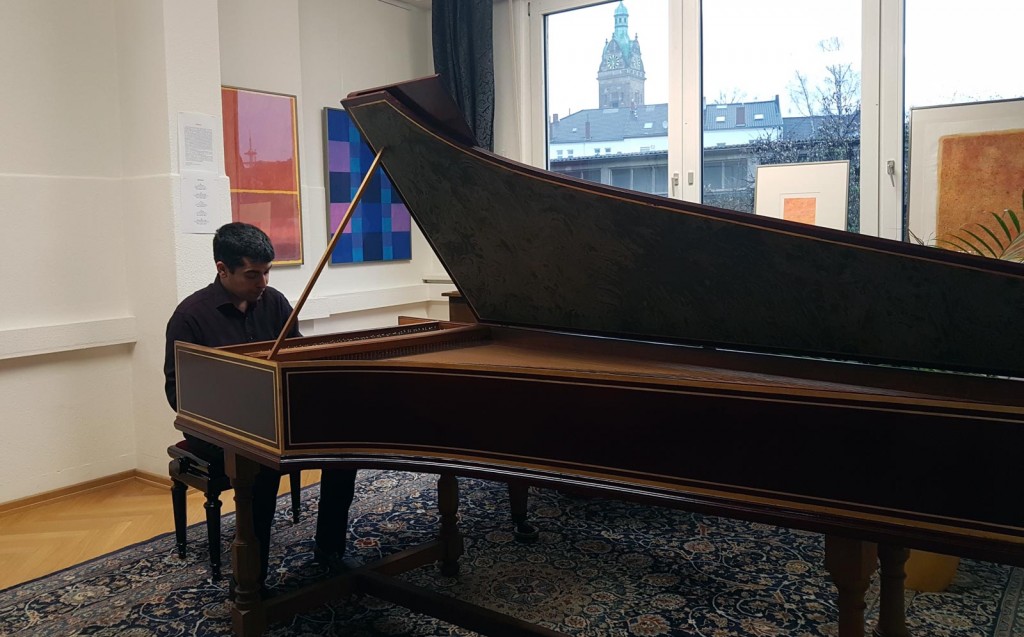 Dear Friends of music and art,

In this concert you will get to listen to the top class harpsichord player Diego Ares, who is a guest of this studio for the third time already. The program offers a lot of variety and takes the listeners into the special sound world of the Baroque and Johann Sebastian Bach. 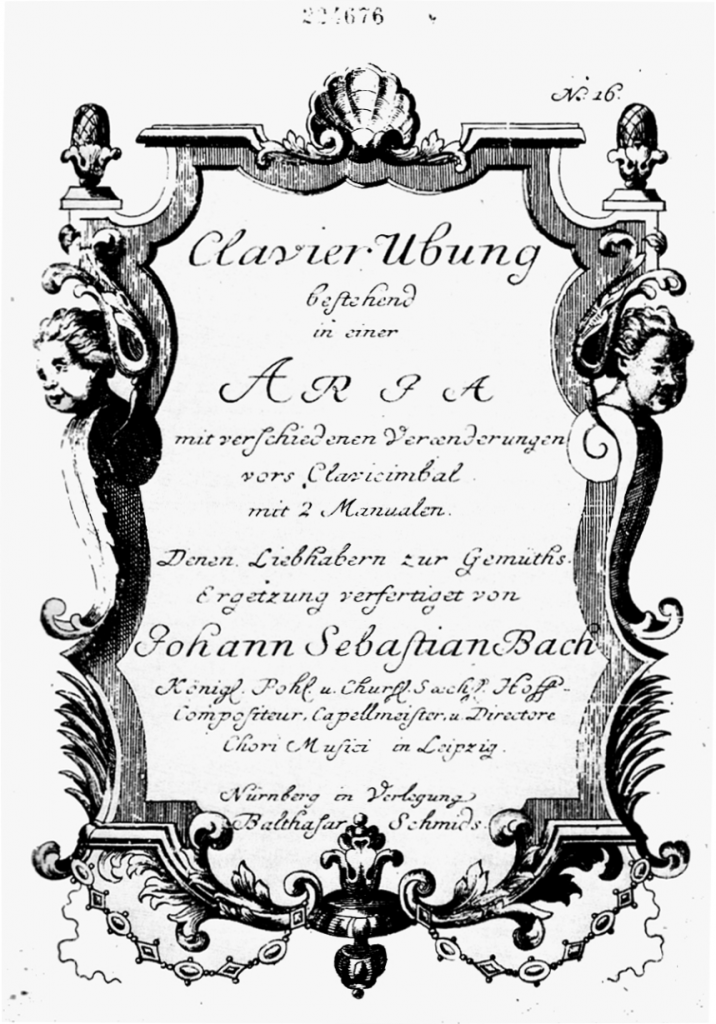 “Diego Ares has that rare, undefinable something that one usually associates with film actors: charisma, star quality, you name it. He has fantastic articulation, and displays equal amounts of precision, temperament, elegance, sense of drama, passion, and bravado.”
(FANFARE MAGAZINE)

Diego Ares, born in Vigo in 1983, received piano lessons from Alis Jurgelionis and Aldona Dvarionaitė. At the age of 14 he received the first prize of the Concurso RCN Vigo, at the age of fifteen a first prize at the Concours International de Piano N. Rubinstein in Paris. In 1998 he began his training as a harpsichordist in Vigo under Pilar Cancio. At the age of 18, Diego Ares went to the Netherlands in order to deepen his studies at the Conservatoire Royal de La Haye and under Richard Egarr in Amsterdam. In 2004, he was second in the Concurso Permanente de Jóvenes Intérpretes de Espana as a harpsichordist. In the same year he went to the Schola Cantorum Basiliensis and became a student of Jörg-Andreas Bötticher and Jesper B. Christensen. He recieved his diploma as a harpsichordist at the Schola Cantorum in 2007 with top marks and special honoring.
Diego Ares played numerous concerts and solo recitals in France and Switzerland, including a concert in October 2010 at the Victoria Hall as a soloist with the Orchester de Chambre de Genève with the concerts of Manuel de Falla and Frank Martin, in Spain, Fondation Juan March, at the Festival de Música Antigua de Barcelona, ​​at the Festival International de Música de Santander, etc., in Germany on the Pleyel Harpsichord (1927) from the collection of the Museum of Musical Instruments Berlin to the opening of the Wanda Landowska exhibition, encompanied by the Ensemble Madrid-Berlin, in Holland at the Oude Muziek Utrecht Festival 2011 as part of a tour with the Goldberg Variations as well as in Japan at the Tokyo Opera City Hall.
In 2006, Diego Ares recorded JS Bach’s D minor BWV 1052, Brandenburg Concerto No. 5, and Padre Antonio Soler’s prelude in D minor and Fandango with the Illa de Menorcha Orchestra, conducted by Farran James, for the Catalan label Columna Música. His second CD recording with the label Pan Classics, dedicated to the music of P. Antonio Soler, was awarded in 2010 with a Diapason d’Or. His second recording of 2009 was entitled Fandango and sonatas for harpsichord by P. Fr. Antonio Soler which also recieved the Diapason d’Or. The third recording with works by Domenico Scarlattis was released at PAN CLASSICS in spring 2012 with the title “Vivi felice”. The recording, like the first solo recording, was again given a Diapason d’Or as well as an honoration by the Scherzo magazine in 2012.
His latest recording Sol de mi fortuna – Antonio Soler – Harpsichord Sonatas from the Morgan Library is from 2015. It recieved again the Diapason d’Or as well as the Pianiste maestro and the Choc de classica.
Diego Ares lives in Basel and continues his studies with Jesper B. Christensen and the pianist Lazlo Gyimesi.

I look forward to your coming!

The next concert, together with the Finissage of the current exhibition will take place on the 1st of April 2017 at 5 pm.
Luke Welch (piano) play works of D. Scarlatti, L. van Beethoven, R. Schumann and F. Chopin