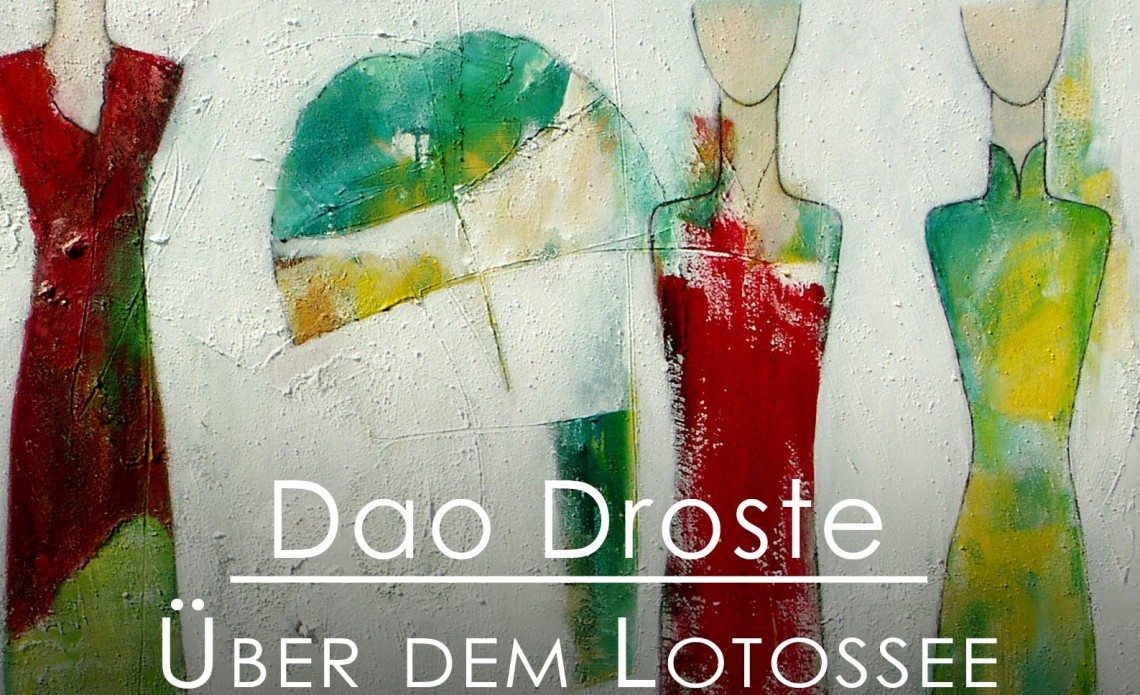 On April 29, 2017, the opening of the artist Dao Droste took place under the title “Over the Lotossee”. I’ve known Dao Droste for several years and I am really happy that the opportunity has finally been given to exhibit her art in my gallery!

The beginning of this event was made by the pianist and conductor, Knut Hanßen, who is currently preparing for his concert exam, a degree which not many pianists achieve! Knut Hanßen has performed at my studio a couple of times, and it is impressive to see how he continues to develop musically and technically. Being already praised by a great applause the last time he performed at this venue, this time a whisper went through the audience, while he performed “Gaspard de la nuit” by Maurice Ravel, a piece that was considered to be the most difficult piece for the piano at the time of its creation (especially the last piece “Scarbo”!). The sonatas by Ludwig van Beethoven and Joseph Haydn were interpreted with utmost refinement. In addition the highly informative and entertaining announcement by the pianist with information on the origin of the respective works made this concert once again a unique experience.

Photos from the opening of the exhibition:

I am very pleased to present to you the exhibition “Over the Lotus Sea” by the internationally renowned artist Dao Droste! In addition to studying chemistry (with accomplishing her doctorate), she also studied art, moved to Germany and has been working in her studio in Eppenheim near Heidelberg since 1987. Apart from painting, her artistic field also includes sculpture, video art and installations. As being a Taoist, her art is centered on the human being in harmony with nature and with itself, and so this exhibition will be dedicated to this theme. Look forward to a colorful and yet calm meditative insight into her artistic work!

“The creative work of Dao Droste is revealed by a holistic view of the world, which is part of the religious culture of her homeland of Vietnam. The title of the exhibition,” Over the Lotus Sea ” also refers to this spiritual attitude. The lotus in Asian religions is considered to be a sacred plant. It symbolizes purity and stands for the Buddhist ideal of solving oneself from perishable things, for creative power and enlightenment. The eternal cycle of the times is reflected in the phases of the growth, flowering, and perishing of all earthly existence.
The work of the artist revolves around mankind in its social and spiritual references. As part of nature, it is embedded in life on the planet Earth, which takes place in cycles. Everything is interrelated, interdependent, nothing exists in isolation. The artistic expressions of Dao Droste on this theme unfold in different media; In large-format canvas paintings as well as in collages of smaller formats, in plastic works in clay and bronze. In doing so, their connection between the contents is occasionally being revealed in space-filling installations. Each individual work is part of the comprehensive theme that manifests itself in the diversity of creative expressive possibilities. ”
– Maria Lucia Weigel (translated by Johannes Paqué)

There will be a classical concert (Knut Hanßen, piano) at 3.30 pm in advance! Further information about the concert can be found below.

The paintings and sculptures of the exhibition: 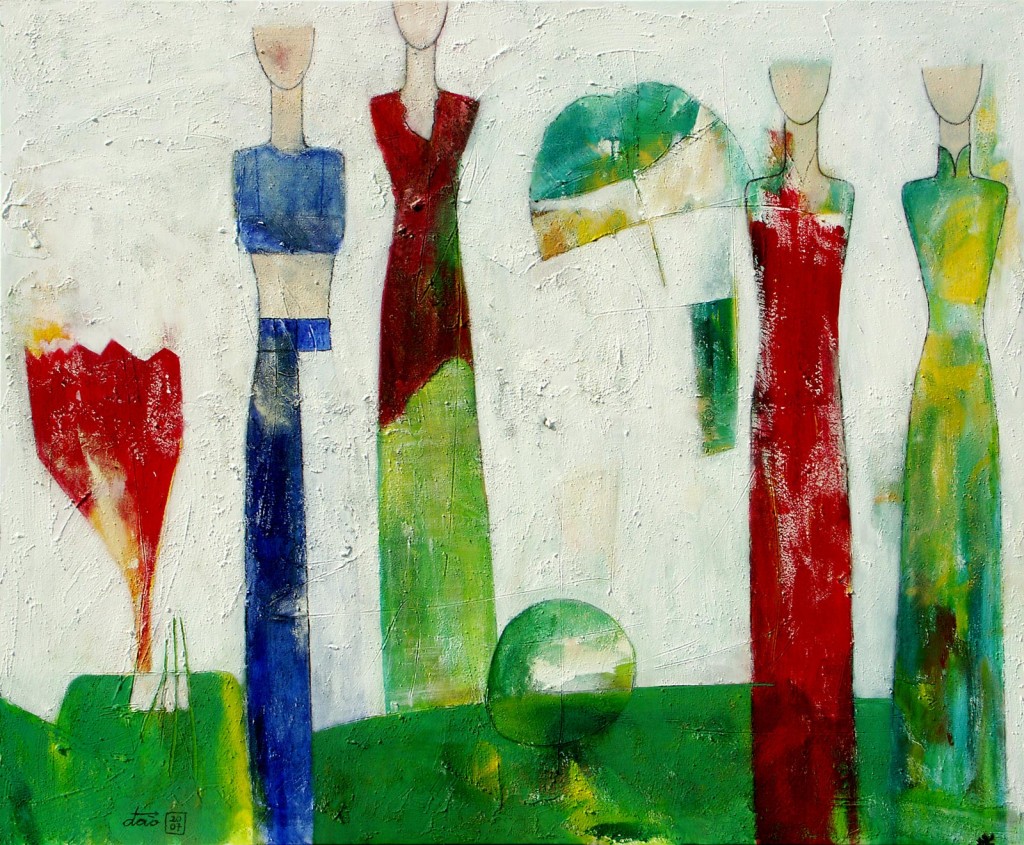 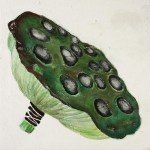 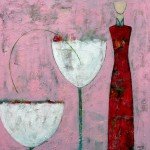 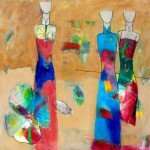 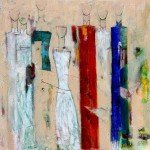 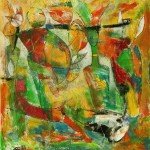 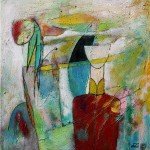 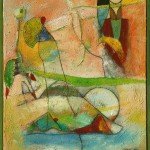 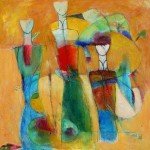 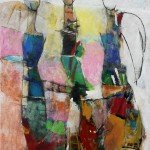 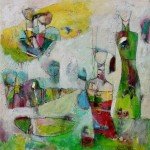 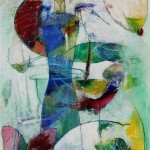 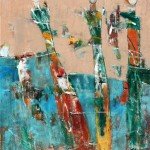 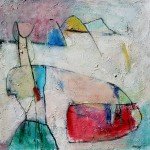 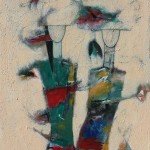 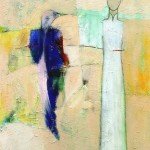 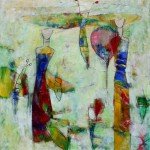 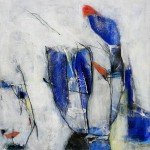 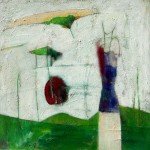 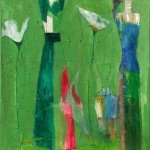 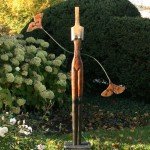 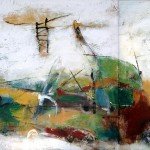 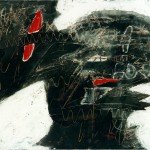 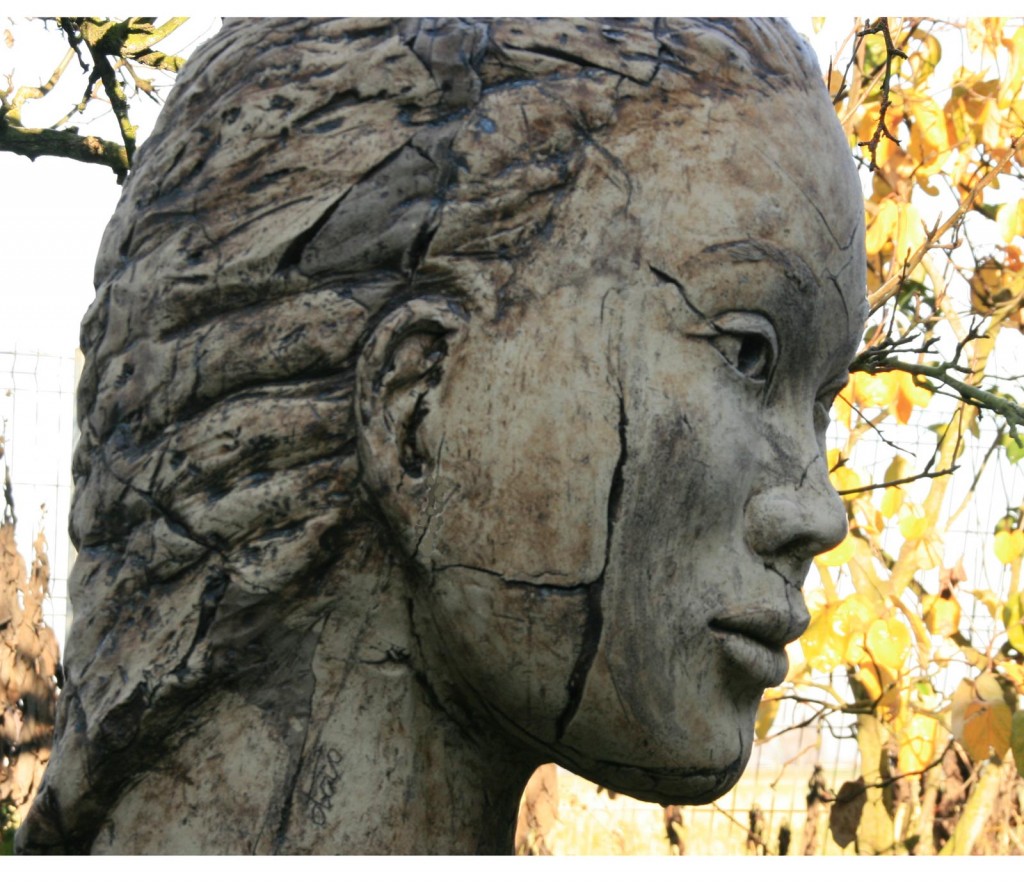 A catalogue of the exhibition with the artist’s signature can be purchased for 15€.

Dao Droste was born in 1952 into a viatnamese family with artistic tradition and lives in Germany. The ex-chemist (doctorate), Taoist and versatile artist (painting, sculpture, installation and video art) opened her studio in Eppelheim near Heidelberg in 1987.

With its large-scale floor installation “Open Mindedness” – a collection of 500 faces from terracotta in 1999 – Dao Droste has made herself an international name. In numerous exhibitions in historic settings, such as churches, castles and fortresses, she inspires her audience with the diversity of her oeuvre, always in connection with her intuition for the given architecture.

Mankind in harmony with nature and with itself – that is the ideal of the Taoist Dao Droste, the goal of existence and the great theme of her art. A deep human understanding, experience of nature and the reflection on inner values ​​are thus expressed.

In 2015 Dao Droste received the B.A.U.M. Environmental prize category “culture and media” for her work as a painter, sculptor and installation artist, who addresses people on the emotional level to aspects of the environment and sustainability.

… “Already in her early works Dao Droste has addressed the unity of nature as a whole -” connected in the cosmos “. In recent years, however, she has focused mainly on nature and mother earth, like just recently as the designer of the sculpture for the “One World Award”. Sustainability is a matter of heart, to which she creates artistic expression in a variety of ways. For this, she has also been awarded the environmental prize of the Federal German Working Group for Environmentally Sound Management (B.A.U.M.) in the category “Art” in 2015 … ”
– Dr. Markus Bohn, journalist (translated by Johannes Paqué)

Her major projects, “Open-Mindedness” (1999) and “Terra cantans” (2002), ground installations with 500-tone faces and 150 heads were shown in several places in Europe.

“diesseits jenseits” (2006) 3. ground- and sound installation with 84 terracotta busts for the first time in the castle of Neuenbürg / Landesmuseum Karlsruhe and in the crypt of the Stadtkirche Karlsruhe.

Knut Hanßen, born in Cologne in 1992, received his first piano lessons at the music school Duisburg at the age of six. In 2003, as a young student, he moved to the Robert-Schumann-Hochschule in Düsseldorf to Thomas Leander. Since his graduation from high school (2009) he studied with Sheila Arnold at the College for Music and Dance Cologne. He received inspiration for his pianistic education in master classes with Georg Steinschaden, Konstanze Eickhorst, Manfred Aust, Carmen Piazzini, Lars Vogt, Ferenc Rados, Kristian Bezuidenhout and Karl-Heinz Kämmerling.

In addition to regular concerts, like at the Robert-Schumann-Hochschule, the Köhler-Osbahr-Foundation, the “Matinee junger Künstler” in Bonn and the Duisburger Philharmoniker among others, he participated at numerous competitions. He received first prizes at the Bundeswettbewerb Jugend musiziert, at the Köhler Osbahr Foundation for the Advancement of Art and Science in Duisburg as well as at the Van Bremen piano competition in Dortmund.

Last year he played the second piano concerto by Ludwig van Beethoven at the Cologne Opera and the Nassau Palace in the context of the culturs’ holiday in Rhineland-Palatinate. Knut Hanßen is a scholarship holder of the Konrad-Adenauer-Stiftung and the Studienstiftung des deutschen Volkes, was funded by the Yehudi Menuhin Foundation Live Music Now Cologne e.V. and the Cologne-based Richard Wagner Association.

Entry is free: a donation is requested for the musician!

Note on Parking!
Parking in Bonn-Poppelsdorf, about a 10 minutes walk from the Blücherstraße!

The Finissage will be held on the 24th of June 2017!
The artist will be present.

The next concert will take place on 6 May 2017:
Concert of the Deutscher Tonkünstlerverband (German Musician Association): “Musical Coffee”
Music by adults for adults
Works of the classic and romantic