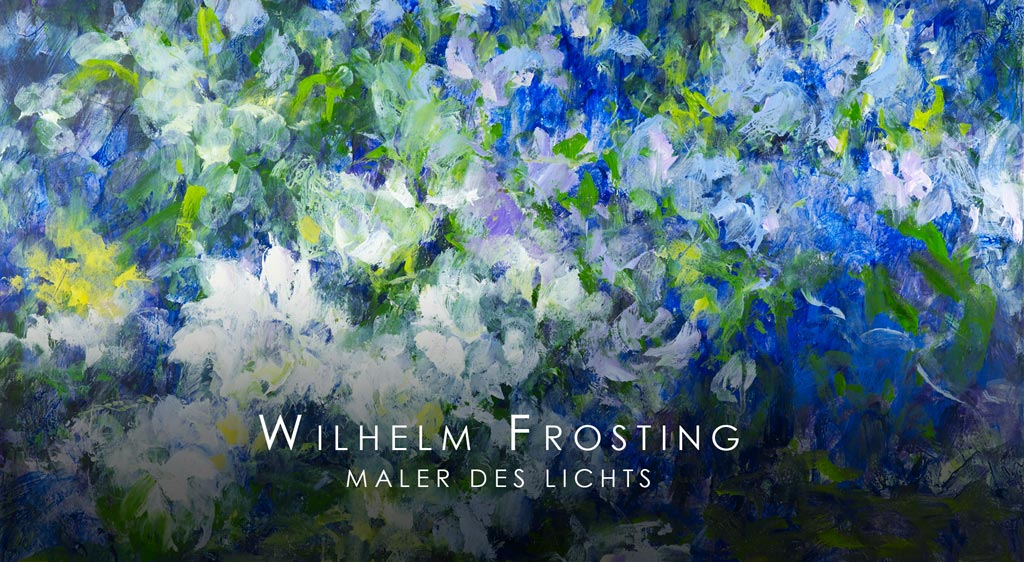 3D virtual tour through the exhibition: 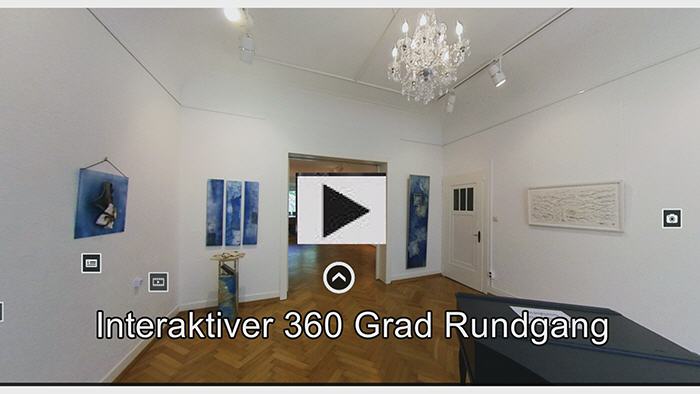 On September 12, 2020, the vernissage of the artist Wilhelm Frosting took place and I am very happy that despite Corona and good weather so many visitors (according to the circumstances) found their way to us! 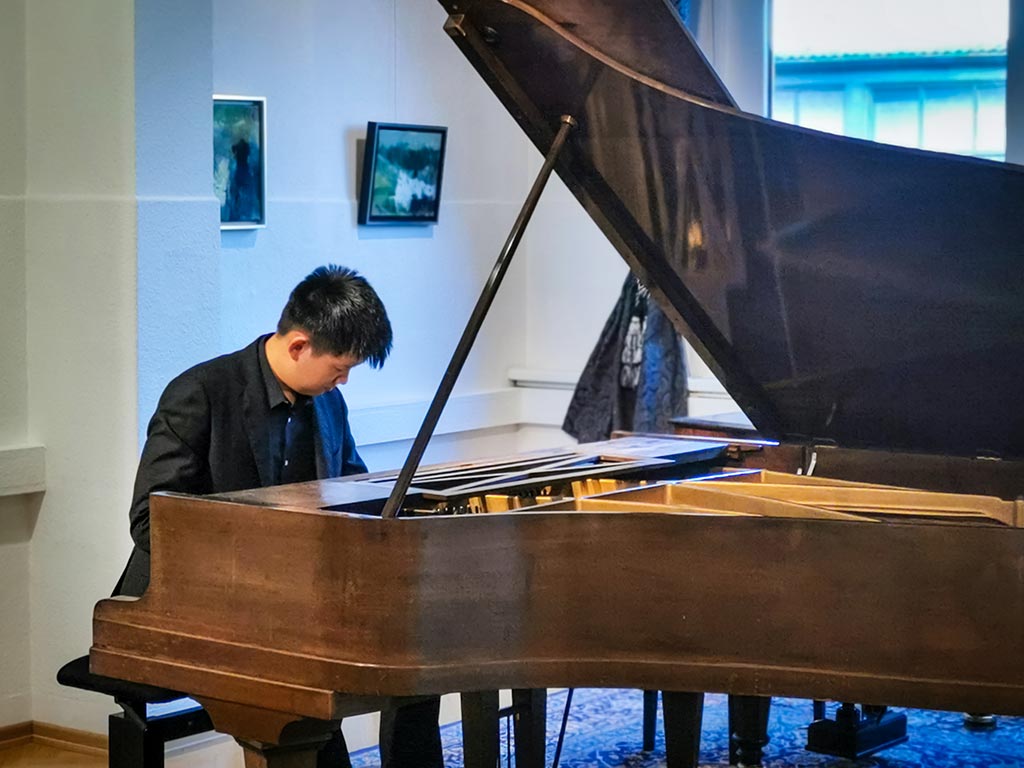 Of course, the traditional concert was not to be missed at the beginning and this time it was DongYang Xing who delighted us with a magnificent performance. With the Etudes Opus 10 and 25 by Frédéric Chopin, the student of Prof. Sheila Arnold (HfMT Cologne) dared to present a program that truly had it all with its 24 individual pieces, especially considering that the virtuoso is only 21 years old and played the entire program by heart.
And to speak of virtuosity is certainly no understatement. DongYang Xing played the very different and beautiful pieces with great technical refinement, but at the same time he placed great importance on the dramaturgical structure of the pieces, which was evident in his care for intonation and touch. A great start for this opening! 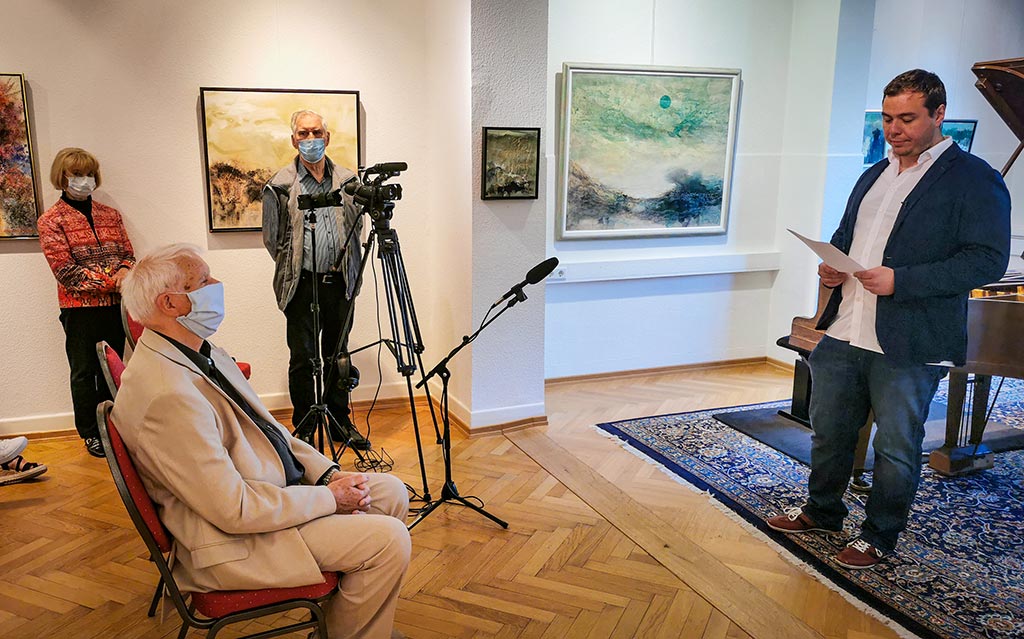 The opening speech was held this time by Johannes Paqué and the gallery assistant Aylin Maggiarosa, who has been working in the Musikstudio since April. Mr. Paqué referred more to the artist’s life, while Ms. Maggiarosa took an art historical approach and commented directly on the works. The impressionistic style of Frosting is unmistakable, which sometimes reminds of Monet, especially in the depiction of nature. At the center of his work is the idea of reproducing the beauty and eternity of nature by using the Impressionist painting style to approach ephemeral motifs, often in the form of flowers and other plants. 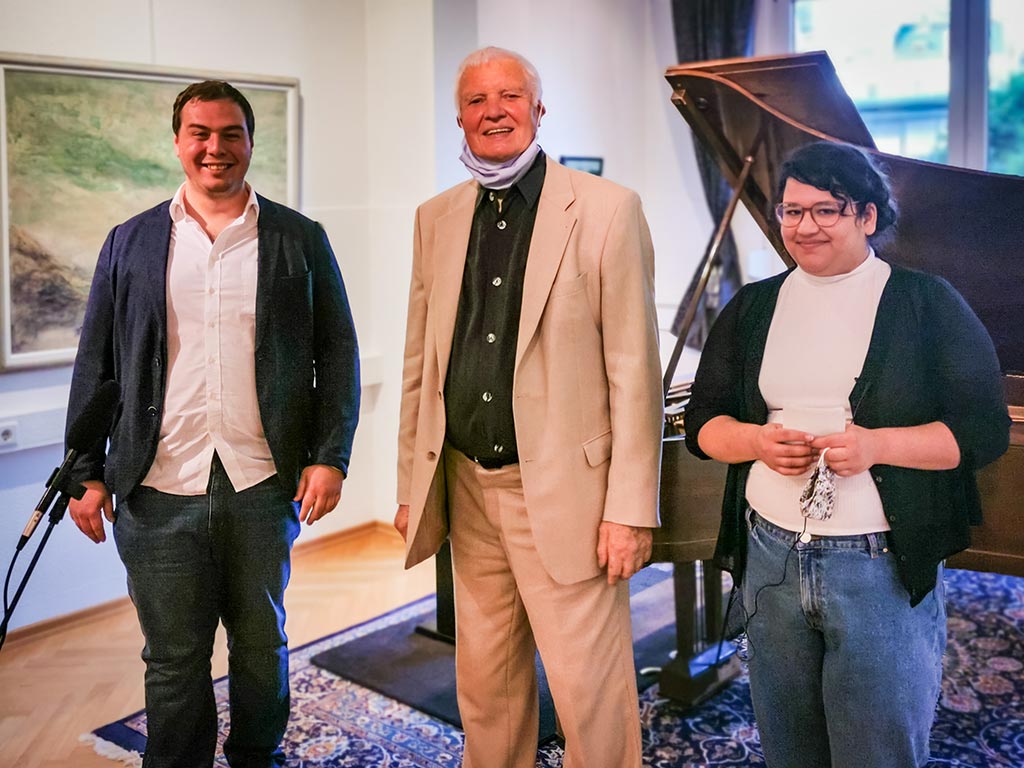 Wilhelm Frosting was also present that day with his wife Maike and he used this opportunity to give the audience a more personal impression of his world of thought. We thank Wilhelm Frosting, DongYang Xing and of course the great audience for this late summer highlight! 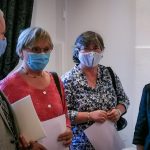 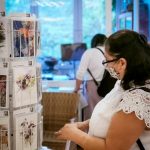 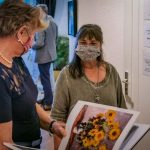 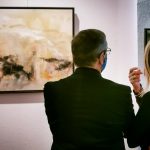 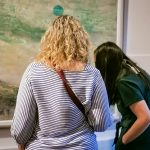 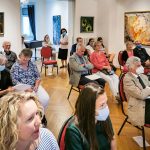 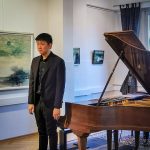 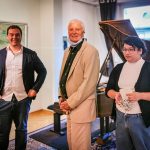 We are particularly pleased to be able to introduce you to the painter Wilhelm Frosting in the music studio. In the course of his life, Frosting became known far beyond the borders of Germany for his impressionistic-looking paintings and not infrequently he was already referred to as the German Monet. With both oil and watercolour painting he has devoted himself completely to nature and describes it in his works as an ethereal harmonising blaze of colour. In the meantime, several illustrated books have been published about him, in which it says:

Again and again the painter is drawn to the remote, largely untouched polar countries, to the places of a nature that has not yet been lost, where an all-challenging confrontation is still possible. There he finds his own pictorial cosmos, his painterly diction. Against the changing fashions of our time, he searches for positive images to oppose the frozen life situations.
Under the high sky, among the trees and flowers he wants to paint, because he belongs to them. There he creates his often palm-sized leaves, which he later surrounds himself with in his studio at home, his mother pictures, which become his inspiration and stimulation, awaken memories of what he has seen and dreamed of…

Due to the pandemic, we must of course make certain preparations. Therefore, participation in the concert as well as in the opening is only possible with prior registration. If you would like to participate in both events, please register once for each. Furthermore, masks are compulsory up to the seats! You can find the forms here:

Please transfer the money in advance. You will receive the bank details with the confirmation email.

Registration for the vernissage at 17:00
Entrance free 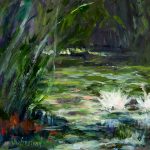 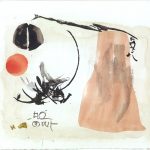 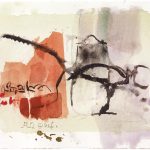 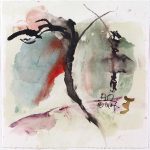 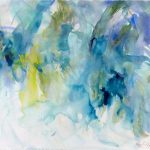 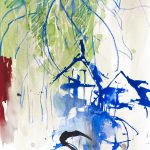 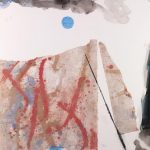 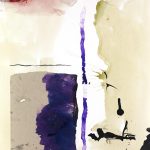 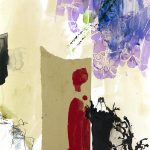 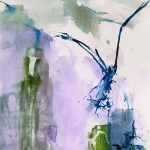 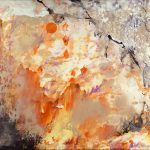 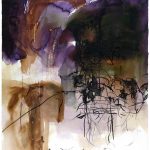 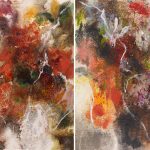 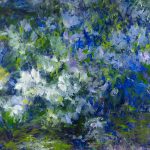 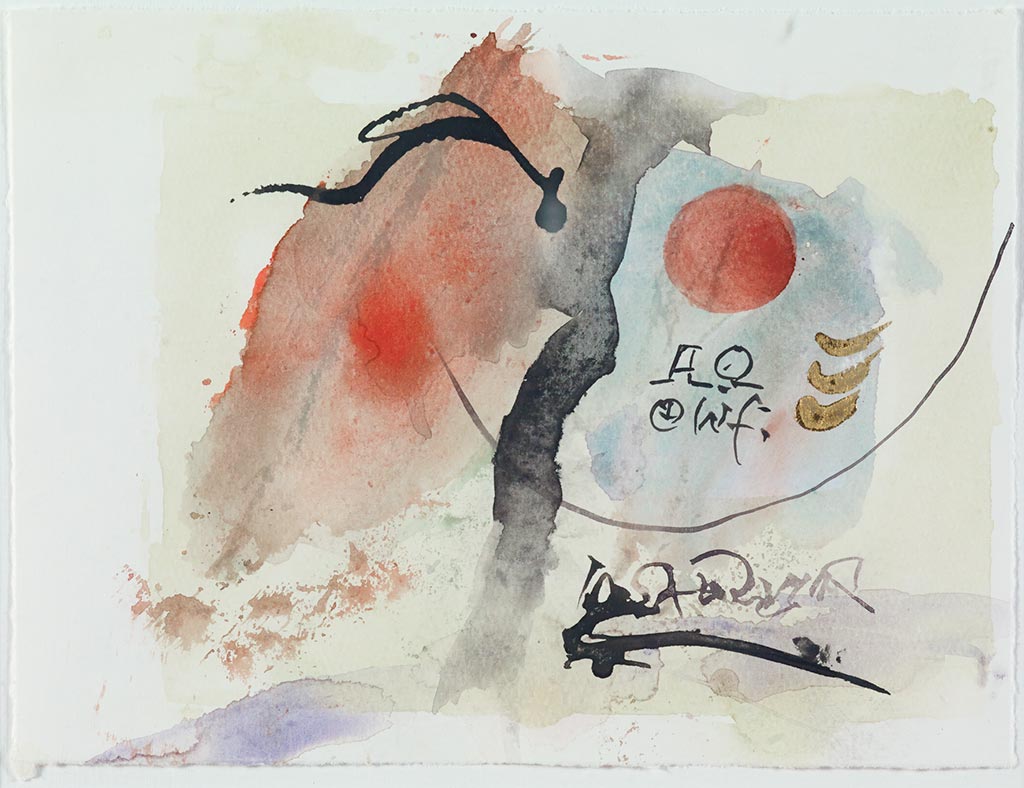 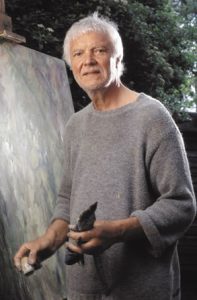 Born in 1999, pianist DongYang Xing completed his studies at the “Giuseppe Verdi” Conservatory in Turin (Italy) under Marina Scalafiotti with top marks. He is the winner of numerous competitions, including the Concorso di Stresa, concorso di Moncalieri, concorso di Spineto, concorso “Palma d’Oro” di Finale Ligure, concorso “Giovani Interpreti” di Torino and concorso “Giovannini” di Reggio Emilia.
Recently he was awarded the second prize at the international piano competition “Paolo Neglia” in Enna (Italy) and the special prize for the best interpretation of a 20th century work at the “Premio Nazionale delle Arti” in Florence. In the course of his career DongYang joined the orchestra: “MITO” September Music Milan, “Unione Musicale” Turin, “European Music Institut Vienna”, and “Accademia di Pinerolo”.
He has also been invited by “LabMusica” Cortemilia (Italy), by “Goethe Institut” Turin, by “associazione Ars et Labor” Perugia, and by “Conservatorio di Torino” for concert performances. He has taken part in many master classes, among others Joaquìn Achùcarro, Alexander Madzar, Michel Beroff, Nelson Dellevigne-Fabbri, Andrea Lucchesini and Christa Butsberger.
He also played E. in 2018. Grieg’s Piano Concerto in A minor at the Turin Conservatory. Since October 2019 he has been studying at the Hochschule für Musik und Tanz Köln with Prof. Sheila Arnold.

Announcement:
The next concert will be on September 26th, 2020 at 5 pm:
Urte Lucht will play three generations of Mozart on the fortepiano.

Current exhibition: Wilhelm Frosting – Painter of Light
The gallery is open on saturdays between 14 and 18 pm.
After telephonic agreement the gallery can also be visited at other times.
Blücherstr. 14, 53115 Bonn
Phone: 0228-41076755