Photo from the concert 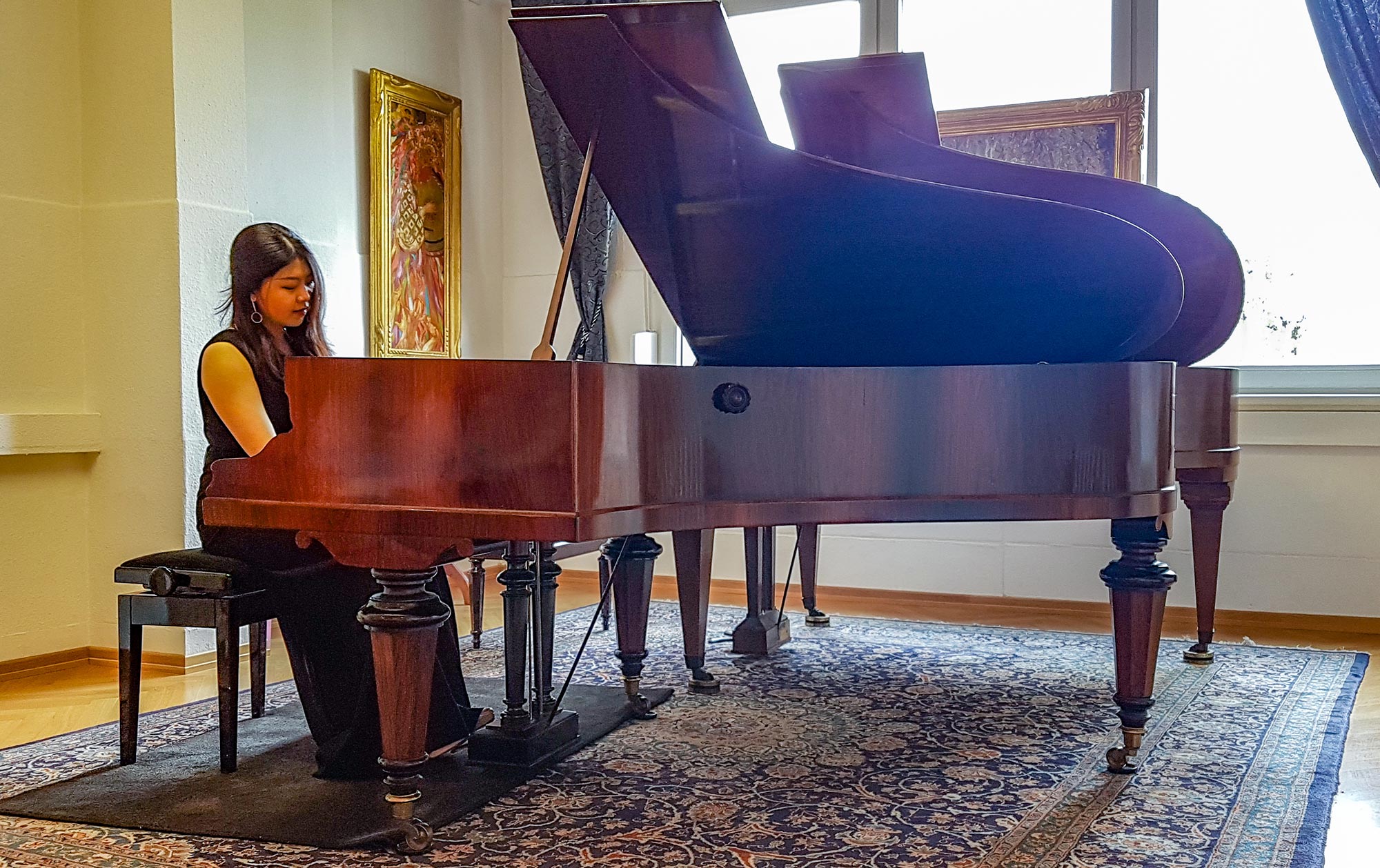 I am very pleased to present you the young pianist Yizhuo Meng! The pianist, born in Hebei, China, was able to celebrate many successes in China early on and began her musical education at an early age. In 2012, Ms. Meng moved to Germany with the goal of deepening her musical education. Since 2013 she is a pupil of the already known and outstanding professors Gesa Lücker and Gerald Hambitzer. With the latter, the focus is particularly on the old music, which we can enjoy first hand with the pieces that are being presented in this concert!

The entry is free! It will be asked for a donation for the musician!

Yizhuo Meng was born in 1996 in Hebei, China. At the age of five she received her first piano lesson. Already at the age of eight, she took the first place at the “XingHai” piano competition in Zhangjiakou. In 2008, Yizhuo Meng deepened her musical skills at the Central Conservatory of Music in Beijing. During this time she won competitions in China, ia. the 3rd place of the “Thomas and Evon Cooper Competition” in Beijing.
Four years later Yizhuo traveled to Germany to receive further musical impulses. She studied at the International College of Music in Hamburg with Prof. Delphine Lizé in the period between 2012-2013. In the further course she was accepted 2013 at the University of Music and Dance in Cologne, where she still works together with Prof. Gesa Lücker. During her studies she expanded her knowledge in the field of Early Music with Prof. Gerald Hambitzer and also New Music with Tamara Stefanovich and Prof. Pierre-Laurent Aimard.
She has also deepened her musical skills at numerous masterclasses (Jerome Rose, Fabio Bidini, Eduard Zilberkant, Dimitri Alexeyev, Alexander Kobrin and others). In June 2015, Yizhuo played her first solo concert at the Rubinstein Academy in Dusseldorf. During the same period she won the second prize of the “International Piano Competition” in Val Tidone (Italy). In 2016 she won the 5th Prize of the “Karlrobert Kreiten Piano Competition” at the Cologne University of Music and Dance and the 2nd prize of the “McKenzie Award” in New York City.
Yizhuo Meng is a scholarship holder of the “Live-Music-Now Köln eV” as a piano-duo ensemble with Franziska Staubach since April 2016. Since October 2017 she studies “Master of Music” with main piano in the HfMT-Cologne with the Hungarian pianist István Lajkó and also as a private student with the Italian pianist Gabriele Leporatti.