Update 17.05.2017 – Photos from the CONCERT: “Lieder ohne Worte” (Songs without Words) by Felix Mendelssohn-Bartholdy and Fanny Hensel. A project of the class from Prof. Sheila Arnold, HfmT Cologne 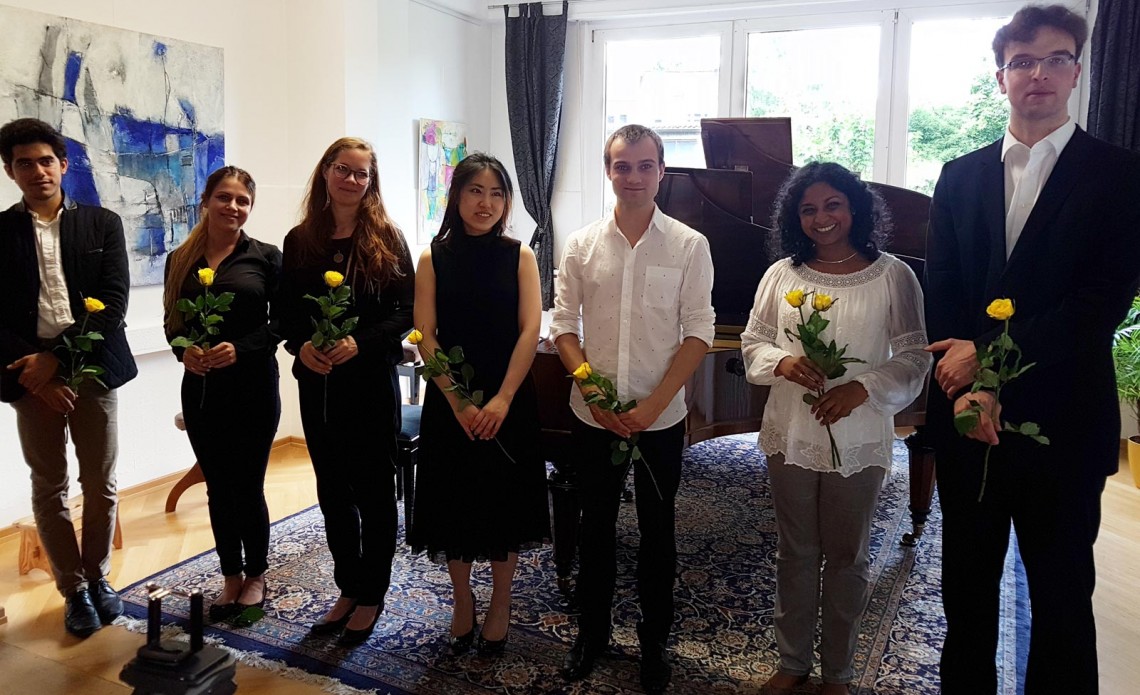 On Saturday, May 14, 2017 the concert of the students of Prof. Sheila Arnold took place with the “Songs without Words” by Felix Mendelssohn-Bartholdy and his sister Fanny Hensel. As it is to be expected from Sheila Arnold’s students, this concert was a pure listening pleasure. At the same time, the students’ game was at a technically high level, without neglecting the musicality of the pieces. I would also like to highlight especially the wonderful plays by Fanny Hensel, which are rarely to be heard, especially as a whole opus! The two ballads by Johannes Brahms were also incredibly ingeniously interpreted and fitted perfectly into the overarching theme of the verbalisation by means of music from “Songs without Words”.
The instruments played a special role this time. Some preferred to play on the Kaps grand piano of 1875, and thus almost a contemporary of the composer. Fanny Hensel, however, was exclusively performed on the Pleyel grand piano of 1937, which includes a completely different range of sounds and thus gave the interpreter the opportunity to make her own imagination of the pieces audible.

Finally, I would like to emphasize the special performance of Knut Hanßen, who was already to be heard at the exhibition opening of Dao Drost’s exhibition “Over the Lotus Sea” on April 29th, because it was he who brought this project together with Sheila Arnold to life. It took 2 years before the project was ready for the performance, which we were now able to enjoy.

I would like to thank Prof. Sheila Arnold, Knut Hanßen and all the students who are participating in this project and I wish them all the best with further performances!

This concert will take place in cooperation with the University for Music and Dance (Hochschule für Musik und Tanz, HfmT) in Cologne. Under the direction of Prof. Sheila Arnold, who had already presented numerous projects by her students in the music studio, as well as some of her own concerts, such as the live premiere of her 2016 newly released Schubert CD “Four Impromptus – Sonata in G“, you can now experience the two opera “Lieder ohne Worte” (Songs without Words) by Felix Mendelssohn-Bartholdy and Fanny Hensel.

This promises to be an unforgettable evening again!

Entry: It will be asked for a donation for the musicians.

The next concert will take place on the 10th of June 2017:
Sigrun Stephan presents “To sing with your fingers” on the clavichord – works by Bach, Scarlatti, Hensel and many more