Update 22.01.2020 – Photos of the VERNISSAGE and CONCERT: Natalia Simonenko presents “A Song of Dreams” | Concert by Georgy Voylochnikov (piano)

On January 18th, 2020 the musical and artistic prelude into 2020 took place with the exhibition of “A Song of Dreams” by Natalia Simonenko and the concert of pianist Georgy Voylochnikov. This event was entirely devoted to Russian culture, because not only were both artists originally from Russia – the musical program was also represented solely by Russian composers and, while the impressionistic style of painting is strongly reminiscent of works by Monet, at the same time it also emphasizes it’s closeness to Russian realism.

Georgy Voylochnikov immediately convinced the audience with his first solo performance in the Musikstudio of his high musical level. Last but not least, this was thanks to the fabulously beautiful interpretations of the compositions by Sergey Rachmaninov, who, incidentally, was heard for the first time in the Musikstudio! On the Pleyel grand piano from 1937 the pianist interpreted the thoughtful-melancholic mood up to the extreme emotional ups and downs wonderfully with the highest technical and musical skill that these works require. From pianissimo to fortissimo the dynamics of the instrument were fully exhausted while the listeners were tempted to immerse themselves in the imagery of Natalia Simonenko and thus had the opportunity to feel a breath of the dreamy Russian soul. This impression continued in the works of Tchaikovsky, Medtner and Scriabin. Georgy Voylochnikov ended the concert with an unusual piece that roused the audience from their reverie. With the unorthodox Humoresque by contemporary composer Rodion Shchedrin, the concert came to a happy end and prepared the audience for the opening speech to the vernissage.

After a short refreshment with sparkling wine, baguette and Russian caviar, it was now time for the official opening of the exhibition, which was initiated by Johannes Paqué.
Natalia Simonenko, who comes from Saint Petersburg, has been enthusiastic about art already at an early age and attended several art schools since her youth. She graduated in 1999 from the renowned art academy I. E. Repin, which is also located in Saint Petersburg. In 2001 her first exhibition took place in Germany and her marriage to a German in 2011 finally sealed the move to her new home in Stuttgart. Since then she has commuted frequently between the two cities and has celebrated numerous vernissages in Russia, Germany and other European countries as well as in the USA.
Natalia Simonenko’s choice of subject is not limited to landscape paintings and still lifes. Her portfolio also includes classic portraits and paintings of ballet dancers and clowns. The focus of her painting is not the photographic transfer of what is to be shown onto the canvas, but the emotional world that connects the artist with the motifs. Given some of the motifs that have surely been used in the art world, such as landscape painting, her art could easily be exposed to the danger of superficiality. But it is precisely through her intimate relationship with the individual motifs that the artist repeatedly succeeds in giving the pure impressions of the motifs a human context that goes beyond what is actually depicted. In this way, Natalia Simonenko shows a courage to beauty without slipping into kitsch. This is not only due to the artistic motivation, but of course also to the strict craft that the artist learned in Russia. As randomly as the objects in the pictures seem to be selected and located, the paintings are subject to a strict compositional perception. Of course, technique also plays a major role here, such as the Sfumato, with which the artist blurs the contours in the background of her works and thus creates a stronger impression of depth of perspective. In addition, there is the classic style of painting in several layers, which is the basis of the oil painting that the artist makes use of, and which further enhances the impression of perspective depth.
The result of her work are paintings that radiate inner peace and give the viewer a little break from everyday life by taking him or her on a journey through the eyes of the artist.

A wonderful start to 2020! Of course, we would also like to thank the numerous and very interested audience again that went to the Musikstudio on this rainy day to escape the winter with the spring-like pictures!

Video of the Exhibition

Photos of the exhibition opening

It is still winter, but together with the artist Natalia Simonenko we decided to conjure up the spring! With “A Song of Dreams” she has put together an exhibition that will set us in tune with the awakening of nature in a dreamy fantasy!

The pictures in this exhibition summarize beautiful landscapes of cities and countries around Europe. The magazine Artprofil (published June 2019) describes Natalia Simonenko’s art as “representational but not naturalistic – this is exactly how one can describe their art: it is the light and the harmony as well as the relation of the dynamic color choice to each other – together with a timeless freshness their works oppose the cosmos of impermanence Impressionist, directly formulating plein-air painting combines, fragrant and light, recognizable scenes from overall landscape considerations with the realistic ability of understanding the overall context. “

Georgy Voylochnikov, who already appeared in the Musikstudio together with Sara DeAscaniis in 2019 and who left an enthusiastic audience behind, takes the musical lead. This time, however, he is solo with – to match the exhibition – Russian music.

Look forward to a spring exhibition that will make you forget the cold days of winter!

with Georgy Voylochnikov. Admission free – donation requested!
Further information about the concert can be found below.

Interview with the artist.
at 5 pm

The artist will be present! 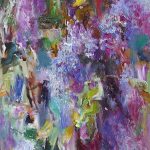 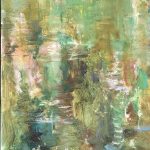 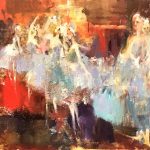 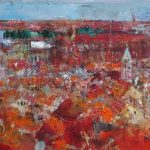 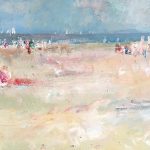 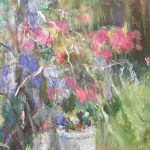 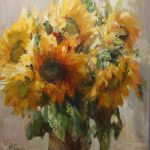 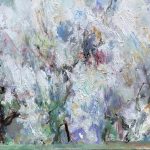 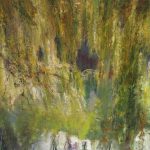 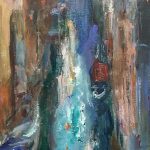 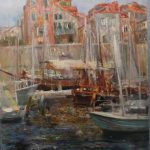 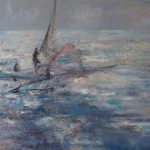 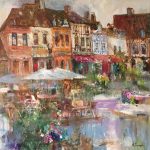 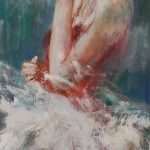 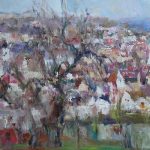 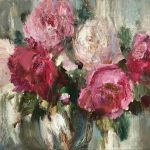 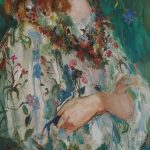 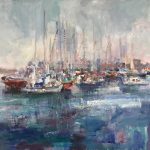 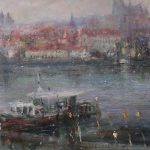 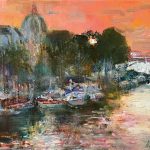 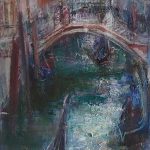 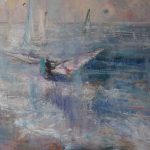 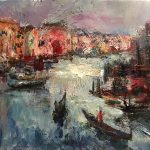 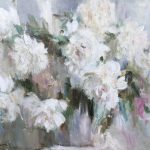 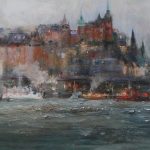 The admission is free!
A donation for the musicians will be requested.

Natalia Simonenko was born in St. Petersburg, Russia. After graduating from the St. Petersburg Central Youth Art School in 1985, she graduated from the Pedagogical Institute of Graphic Arts F. Gertsen in 1992 and received her Diploma at the Art Academy I.E. Repin. In 2001 she was accepted into the Association of Russian Artists.
Her solo exhibitions, 2002 in the Russian House in Berlin, took her to Germany. Since her marriage in 2011, she now commutes between St. Petersburg and the state capital of Baden-Württemberg, Stuttgart.

The next concert will take place on 1st of February 2020 at 17:00:
Lisa Shklyaver (clarinet) and Georgy Voylochnikov (piano) play works by L. v. Beethoven, A. Borodin, A. Gretschaninov, A. Berg, I. Stravinsky and
J. Brahms

Current exhibition: Natalia Simonenko presents “A Song of Dreams”
The gallery is open on saturdays between 14 and 18 pm.
After telephonic agreement the gallery can also be visited at other times.
Blücherstr. 14, 53115 Bonn
Phone: 0228-41076755